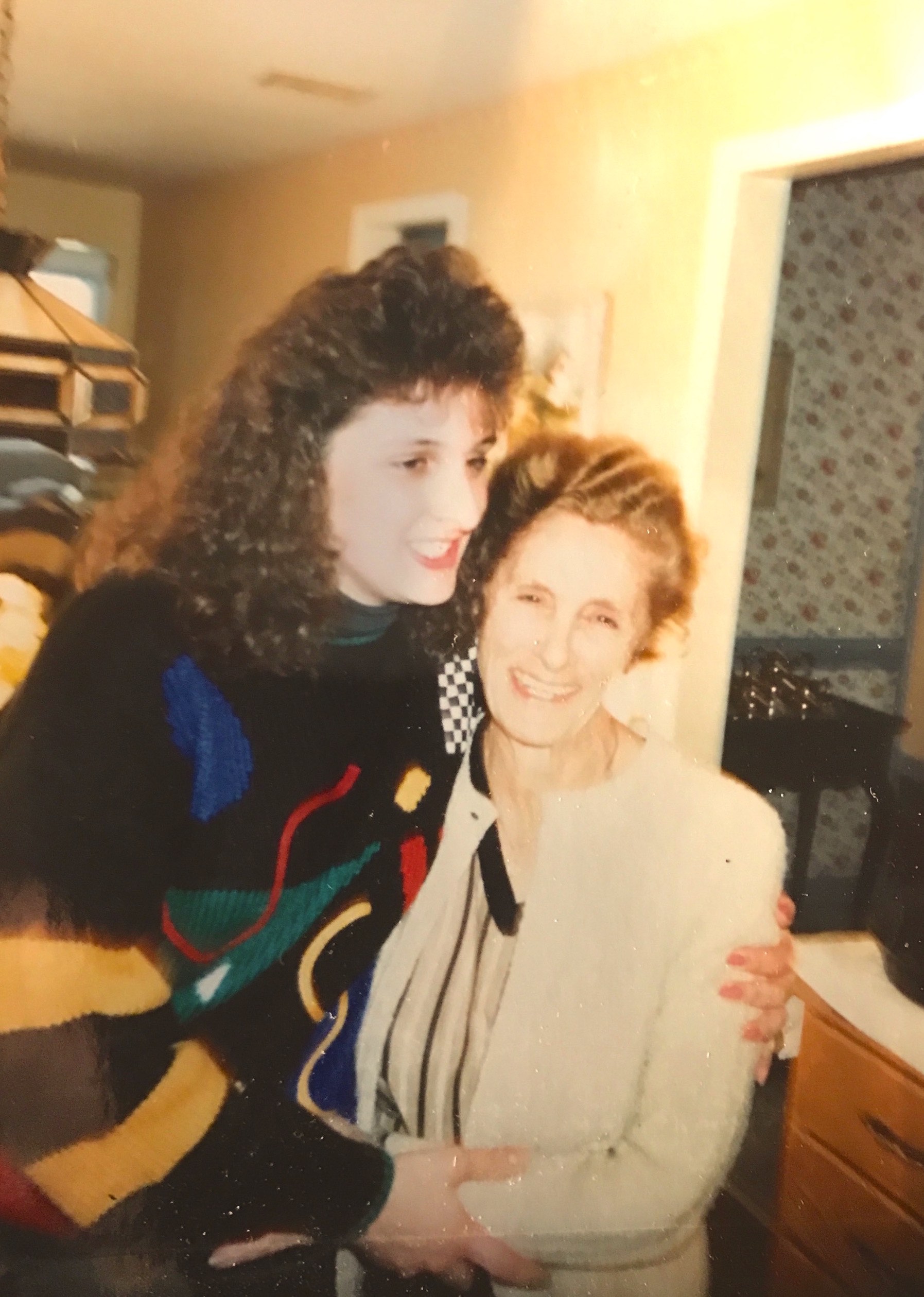 As I sat in the airport waiting for my connecting flight, I leaned against the wall and closed my eyes. Mexico is my final destination with my baby sister. I took a deep breath because that’s what they tell you to do to relax. I was sitting right next to a pizza place, and all I could smell was pizza, and the smell instantly brought me to 1970 something. It’s a Sunday, and we walk into my Grandmother’s house and the smell of tomato sauce, meatballs and garlic fill my mind. I kept my eyes closed and transported myself to her kitchen and all the comfort that came with those familiar smells. I had to open my eyes for a second to make sure I was still in Chicago, then I closed my eyes again, and the smells from the pizza place brought so many memories flooding into my mind.

Like most people I adored my grandparents. My grandmother was a nervous person but would always say little things that have stuck with me all my life. Like the one time when I lived in Pennsylvania and I took her to the hotel where I worked. It was a beautiful stone building built in 1901. As we were walking around the grounds and looking at the back of the building with the ivy climbing along one side of the building, I asked my grandmother if she thought it was pretty. “No Gina, all that ivy, no matter how pretty you think it is, that is how the rats climb into your room.” To this day I still love the sight of ivy growing on a stone building, but I would be lying if I didn’t say I looked extra close to see if I could spot those rats. Another one of her famous sayings was “Tables are for glasses, not asses” she would shout that at us when we would sit on her kitchen table. Or when I was going through my first divorce, and I was worried because I was certain at 29 with a three and four-year-old in tow I would never find another husband. She gave me a hug and said: “Don’t worry Gina, every pot has a lid, you just haven’t found yours yet, but it is out there.” She was right, and most of her sayings proved to be true, which is why I still look for those rats, I’m sure they are there climbing into open windows on a summers night.

My grandfather was the opposite from my grandmother, he wasn’t nervous at all and never seemed to have a worry in the world, which is saying a lot because he had a stroke when I was about two years old that left him paralyzed on his right side and also affected his speech. I can remember the first thing I would do when I walked into my grandparent’s house was to take a deep breath and smell the sauce and meatballs and then run and find my grandfather who was almost always sitting at the head of the dining room table in front of the china cabinet. The chair in front of the china cabinet was important because in the bottom of the china cabinet was where my grandfather kept his candy stash. My sisters and I would make a beeline to my grandfather, kiss him on the cheek and then he would look both ways to make sure my mother was nowhere in sight and quietly open the cabinet door.  We could grab as much candy as we could carry before my mother would round the corner. My grandfather would always yell at my mom when she told him no more candy and as an eight-year-old, that was almost sweeter than any candy.

My grandmother was the first person in my family to die, and it was a hard thing for me. I was lucky that she got to meet my son when he was born, but by the time my daughter came around, she was already gone. At my grandmother’s funeral, there is an image burned into my brain. Someone had wheeled my grandfather up to my grandma’s casket. He was determined to stand out of the wheelchair for what we all thought was to give my grandmother a final kiss. Instead, he tried to get into the casket with her. It was the most painful, yet overwhelming demonstration of love I had ever seen. From that moment that was the kind of love I have looked for, and I believe have found in my husband.

Sitting on the airport floor, I opened my eyes and realized I had tears streaming down my face; I missed my grandparents. I hate that my sister has cancer. And at that very moment, I hated the smell of pizza, which if you know me, you know that pizza is my most favorite food group. I’m scared for my sister, and I am forced to be brave. That’s what the big sister does, she’s brave for all her other siblings, but I am currently crying in an airport all over my laptop. I wish my grandmother were here with her little gems of wisdom, and I wish my grandfather were here with his big laugh and handful of candy. I wish cancer weren’t a thing, but it is, and I’m off to help my baby sister search out some answers, and we will be brave together.

Photo cred: Unknown, but that is Me and my grandmother in 1990 ish.

7 thoughts on “Brave Part One”