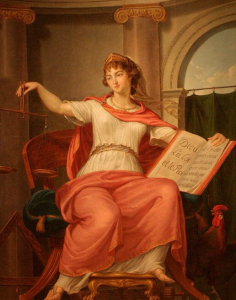 I’m not a logical thinker; I’m an emotional thinker. But I often try to find the logic in things. This morning I woke up, like most of the World, to the disaster that is Ferguson, MO. After a one-sided debated with an unsuspecting, still half asleep husband on minorities, slavery and the American Indians (all before coffee I might add).   I read a letter in the New York Times by Anita Menzies called “A Shepard’s Trick”. It’s about a girl who drowned in a pond. A neighbor rescued her, swung her around his head, causing the water to come shooting out her mouth and nose. He was a Shepard for 30 years and had to do that when the sheep were born “dead”. This little girl would not be alive if it weren’t for him and his quick actions.

I wondered to myself this morning (after finally putting some caffeine in my system) about things we do in life and how, perhaps, they are all to get us ready for one particular purpose.  One reason for why we are here. I don’t know the answer to this question; I was just wondering.   Wondering if Ferguson happened so people would raise their children different, explaining you can get just as much action, if not more action, by peaceful demonstrating, then with violence. Maybe that Shepard was a Shepard for 30 years, just to save a little girl when he was an old man. Imagine the things that had to fall into place for that old man to end up living next door to the little girl, to be outside or even home that very minute, that day.

Maybe I’m a product of a child from the 70’s, raised by a hippie mother, a fan of John Lennon, but just Imagine a life living in peace and happiness. None of us knows the real reason we are here, who we impact and how we impact them.   But I am sure that if we lived our lives being nice to each other, we would only get nice back. I know I’ve said it before, but the Golden Rule is something that we should teach our children while they are still in the womb and every day of their lives.  It should be said every morning in schools, it should be said every day, out loud, by everyone, young and old alike. Maybe there would be no more bullying.   Maybe we would always have peaceful demonstrations.   Maybe I am really naive and unrealistic, but I can “Imagine” the world living as one and I like that idea.

Just be nice to people folks, just smile at someone today, do something nice for someone today, treat someone today like you want to be treated. You will find, I guarantee, you will feel better about yourself and in turn making your piece of the world happier. Maybe it will catch on, and all the pieces will join. Just Imagine.

*To satisfy my daughter and Adam Hayes, today’s picture is public domain, meaning the copyright has expired.

2 thoughts on “Be Nice To Each Other, Every Day”