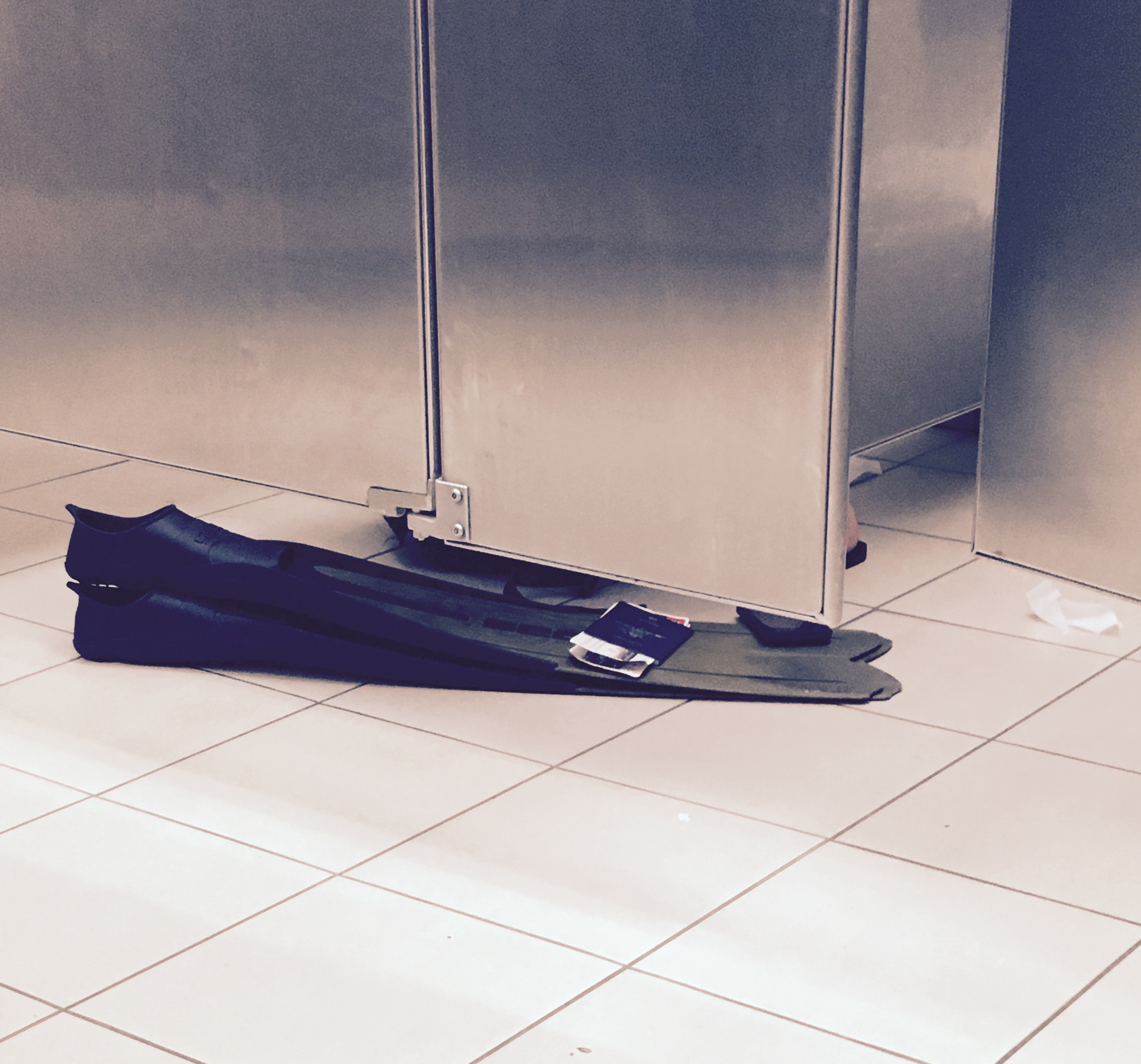 I had gotten to the airport too early for my flight, and as I was sitting at my gate with my coffee in my hand, I realized I was too tired to open my laptop or even look at my phone.  This got me thinking; I wondered how many things we miss while we are on our phones. We have all see the video of the woman texting on her phone while she was walking in a mall and she walks directly into a fountain, head first.  (If you haven’t seen that video, please do yourself a favor and google “Texting woman falls into fountain” trust me, you will be glad you did).  I also know that everyone is on their phones a majority of the time and a million things have been written about it, but because I was going to be sitting in the airport all day, I decided to experiment.  I put away my phone and did some good ole fashion people watching.  These are just a few things I observed:

Put down your phones and look around at all you are missing.  You might find love right in front of you. You might bump into an old friend.  You might smile. You might cry. You might find someone who needs some help, even if it’s just the tissues in your bag.  What will most certainly happen is you will be part of the present human race.  You won’t walk into a wall or a person or a fountain because you will be observing life around you like it is meant to be seen, live and real.

7 thoughts on “Put Down Your Phone.”