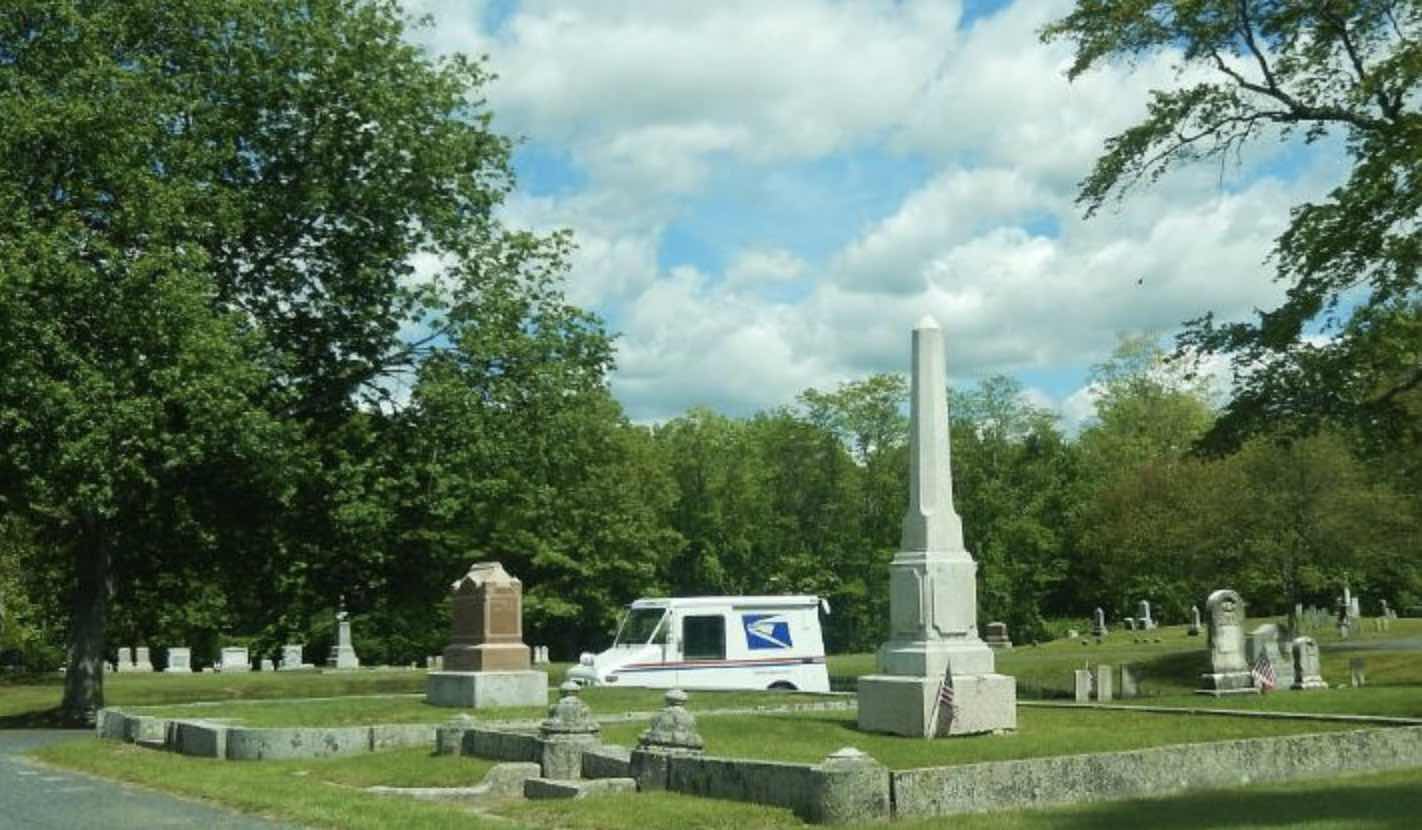 One day last week, I was driving past a cemetery when I saw a mail truck turn on its blinker and head into the front entrance. It made me laugh so hard that I followed it. It didn’t even cross my mind that it was delivering mail to the office, no, in my mind, some resident was getting mail, and I wanted to see it happen. It turns out the mail truck made a wrong turn and headed back out on the road and to the next entrance of the office. As I drove out of the cemetery, it got me thinking, what if we could send letters to people who have already passed onto the next life.

Later that week, a friend going through a break-up told me her therapist said she should sit down and write a letter to the guy who broke her heart. Say everything she didn’t have a chance to tell him face to face, but then never send the letter.  I thought to myself, in theory, that SOUNDS like it would give you closure, but in reality, I couldn’t see how it would help matters. Unless, of course, you gave the letter to the mailman delivering mail to the cemetery because that was where the guy now resided.

That comment from my friend and the mail truck in the cemetery was on my mind all week long; I couldn’t shake any of it. If you read my blog, you know I have been lucky enough not to have suffered too much loss in my life when it comes to death at least. Grandparents, an old boss, an uncle, but that’s all really, and while they were all painful experiences, they weren’t life-changing, but I had closure. I have gone through my share of break-ups of boyfriends AND of husbands, and those were undoubtedly more life-altering. However, none of them provided me with closure. So I thought to myself, maybe, if I took my friend’s therapists advice and wrote one letter to all those ex-boyfriends and ex-husbands, perhaps I would feel better. But then I realized I don’t necessarily feel bad. Are there a few things I’d like to say to them? Of course. Do I think they would hear those words, I mean really HEAR the words I was saying? Probably not, they didn’t hear me when I was with them, what made me think they would hear me now; now, over 20 years, some longer, since I was standing in front of them crying.

But I thought, well, I need a post for next week, and I’m up for any experience, usually, so here is a letter I’d write to all those ex-husbands and boyfriends.

Dear Men from my past whom I shall not name, but you all know who you are,

My life has turned out pretty magnificent despite the damage you caused. It took me years for me to realize that I COULD do things right, like tying my shoes, or knowing what I’m talking about or being a great mother. Despite your best efforts to convince me that I wasn’t worthy of a man loving me and only me, I found someone who thinks I fell straight from heaven.

I know you told me all those things to control who I was because you didn’t like the strong independent woman you decided to marry or date. You had to break me down to make yourself seem bigger and stronger, but you’re not. You are smaller, and I have moved on despite you and created a beautiful world for myself. I have made sure my daughter isn’t plagued with the insecurities you thrust upon me, and she is a stronger, smarter, and more beautiful woman than I ever was at her age. I have made sure my son did not learn from your example on how you think women deserve to be treated, and he is the kindest, most generous, sweetest man not because of your model.

The One That Got Away

Oddly, I do feel better. I feel more grateful for my life. Proud of how resilient I am. If you are up to the task, I would recommend you find your computer or a pen and paper, and physically write a letter to someone or more than one person and get it out. You don’t have to mail it; you don’t have to put it on their grave, you don’t even have to be brave like me and throw it into the World Wide Web. You can take it to your backyard and set it on fire or float it down some river, but write it and then let it go and live your fabulous life. Because you ARE worth it. Because you ARE beautiful. Because you ARE smart. Because you are so much more than all the bad things, people said about you to your face or behind your back.

2 thoughts on “Delivering Mail to a Cemetery”