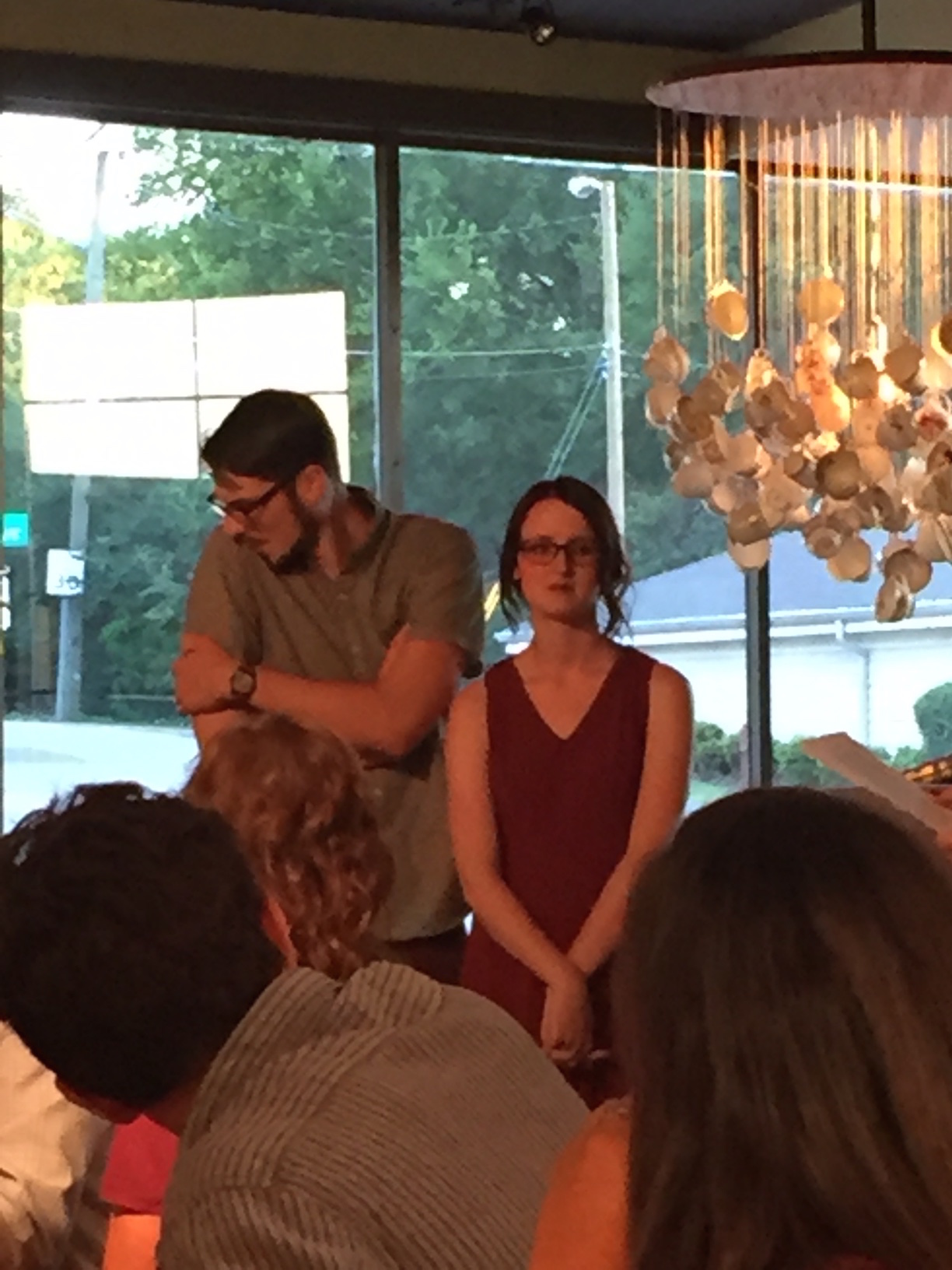 She said yes and just like that, Sweet Baby Raymond became a man. When you have kids, you are not provided an instruction manual. So, as a parent, you are fundamentally unprepared for any significant milestones in that sweet baby’s life. You have no idea what to do with that baby the second you walk out of the hospital. The nurse just hands you this tiny human and says, “Good Luck” with a smile. If you’re lucky, they will help you put this human in the car seat that most certainly took you three days to figure out how to install.   But most likely, they will dump you at the curb with a “Good Luck” and “you’ll be fine”. There are so many times you are more than certain you will NOT be fine, and you dig through the diaper bag hoping there is some receipt.

As the years go by, you manage to figure out things and your second child is happier for all the trial and error spent on that guinea pig she calls her brother. At least, that was how it was for me.

Raymond started walking when he was nine months old. People would stop and stare at me in the stores when they saw this infant walking. He started talking shortly after that, and I’m very confident he hasn’t stopped since.

The first milestone is kindergarten. Yes, I cried like a baby when little Raymond hopped on the bus without even looking back. The first week of kindergarten, little Raymond brought home a note that said: “If Raymond doesn’t stop talking on the bus and not listening to the bus driver, he will no longer be allowed to ride the bus to school.” That would not be the last time he got in trouble on the bus. They don’t mention that when they hand you this tiny human and say “Good Luck.”

Then there was the time little Raymond shot the neighbor’s window with a BB gun. That incident was probably the confirming moment to me that I raised a good-hearted kid. While he was safe in his room, where I couldn’t kill him, he wrote a note, disconnected his most prized possession the PlayStation and put it and the note on the kitchen table. The note said, “Mom, I’m sorry; please sell my PlayStation to help pay for the window.” Again I was crying and not prepared.

When your babies are born there is this instant bond that you can’t explain to anyone who doesn’t have children. It’s raw instinct, and you are so instantly and fiercely protective.  So again I was unprepared for when little Raymond broke his wrist while skiing. You have to appear calm and collected when you are racing to the hospital.  However, all you want to scream is oh my god, oh my god, oh my god why does your wrist look like the bone is sticking out if your glove. Oh, my god!! No, you just have to say “it will be fine” echoing that nurse 15 years earlier knowing full well she was a liar!

College is the last thing you are semi-prepared for, you are NOT prepared for the conversation that starts “Mom, I love Alyssa, and I’m going to ask her to marry me”. You are at least grateful he chose to tell you this information in public, so you are forced to keep it semi together. But you are REALLY not prepared for the phone call, “Mom she said yes!!!”

When Alyssa had started working at my bakery, I understood what Raymond saw in her.  She is wonderfully sweet, talented and kind. Her love for KitTens surpasses anyone I know, except maybe Alison. Every morning she would come to work at 6:30 am.  With her wide-eyed face and her head bowed every so slightly, she would as sweetly as she could “Miss Gina, can I PLLLEEEEAAASSEE have this chocolate raspberry scone”. She has decided to spend the rest of her life with Sweet Baby Raymond, and we are all jubilant about that, because, she is the calm to his chaotic. She is the sensible to his spontaneous. Just the mention of her name lights up Raymond’s face like I’ve never seen before. When he talks about her, the love is written all over his face. I am honored to be able to call her my daughter and look forward to watching both of them venture out into this new adventure together.

2 thoughts on “How I Made The Groom Cry At The Rehearsal Dinner.”