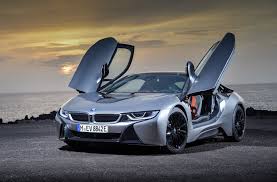 Ok here’s the thing – I’m not usually an angry person, not anymore anyway. Don’t get me wrong single mom Gina was ALWAYS angry and mostly at my ex-husbands but now, hardly ever.  That all changed on my grand road trip two weeks ago, you see, I am a very stubborn person, I always have been, and at times, that has caused some conflict with my family, usually with my mom and two sisters. So weeks before I was heading to Arkansas, I had to remind myself to be calm and flexible on this trip with my mom and sisters. I did really well with the deep breathing and ended up having the most fantastic time with my sisters.

But then something happened on our trip from Arkansas to Houston; I lost all my calm and zen when I unloaded a pile of angst on a stranger. When I say “unloaded” I mean UNLOADED. Let me explain. We had been driving for 4 hours and needed to stop for gas. This was three days into my 7-day trip and my introvert self was on overload. I felt my people skills slipping and slipping fast. I was putting gas in my car while everyone was in the store getting snacks when I heard the loud booming of someone’s car radio on volume level stun. I looked up to see a BMW i8 (that’s a picture of the car at the top of this post). The dude driving the car oozed obnoxious from the greasiness of his hair to the slimy skinny jeans. I just stared in awe at this person and how he was begging for attention, and I was embarrassed for him. As I put the gas cap back on my car, I looked up to find him, in all his douchery, parked in the handicapped parking space right in front of the convenient store. He was digging through a Louis Vuitton duffle bag in all likelihood looking for more grease for his hair or cigarettes. Now if you know me, you know I hate it when people who aren’t handicapped park in those spaces. Before I knew it, I was floating outside of my body and watched it as it walked up to this guy and said: “I don’t think you’re handicapped, perhaps you move your car”. As you can imagine he was less than thrilled to hear from me about anything other than maybe “cool car” and before I knew it there were words flying out of my mouth that I had never heard before, it was pretty impressive actually and would make any truck driver blush.

I stood my ground even as this garbage human started to come at me; I didn’t move my old lady feet, instead, I just stared at him when he said: “I have something for you old lady”. I just looked at him and laughed as this 98 pound greasy (what I assume) drug dealer started coming towards me.  It didn’t even cross my mind that I was in Texas, a state that will issue a concealed carry permit to not only residents but nonresidents.  It didn’t even cross my mind that he could punch me in the face. Like I said, I was floating above my body watching this brave woman confront this awful man. I just stood there. I think he was as surprised as I was that I didn’t run away.  He stood 3 feet from me, and the big scary thing he had for me was his finger.  The middle finger. That’s when I just laughed in his face, called him a f*@king douchebag, and walked into the convenient store. With adrenaline coursing through my body, I thought I was going to collapse.  I saw my one sister and recounted WORD. FOR. WORD. what just happened, not realizing my 74-year-old mother and my other very Christian sister and two boys were standing right there. I think my nephews got an education in linguistics that day, and I never saw my mother blush before.

Once everyone had what they needed, we left the store. I walked out first, but I decided to call my husband as I was walking out of the store, you know just in case Mr. Garbage Human was going to punch me or worse, shoot me, I wanted my husband’s voice to be the last thing I heard. So as I was walking past the obnoxious car, telling my completely silent husband the story, I turned to find out the make of the car. The idiot got up off the curb he was sitting on and started walking towards me. I calmly got in my car and locked the doors. He came close to my car, again with his almighty middle finger wagging wildly at me. I rolled down my window so I could hear exactly all the words of wisdom coming from his mouth, and when I heard it, I just laughed and laughed.  He thought I was on the phone with the police! He just shouted at me “F*&K You Bi#@h and the F@*k the POlice, (yes he drew out the PO in Police) and then the last thing I saw was him climb into his obnoxious car and speed away.

It took a while for my body to stop shaking. I realize the whole episode could have gone very differently, and I could be typing this from a hospital room or worse. But it confirmed what I knew all along about myself; I will always stick up for the little guy, whether they are right in front of me or not. So do not be a garbage human…ever. Walk the few extra steps because you can, those handicapped spaces are for people who can’t.