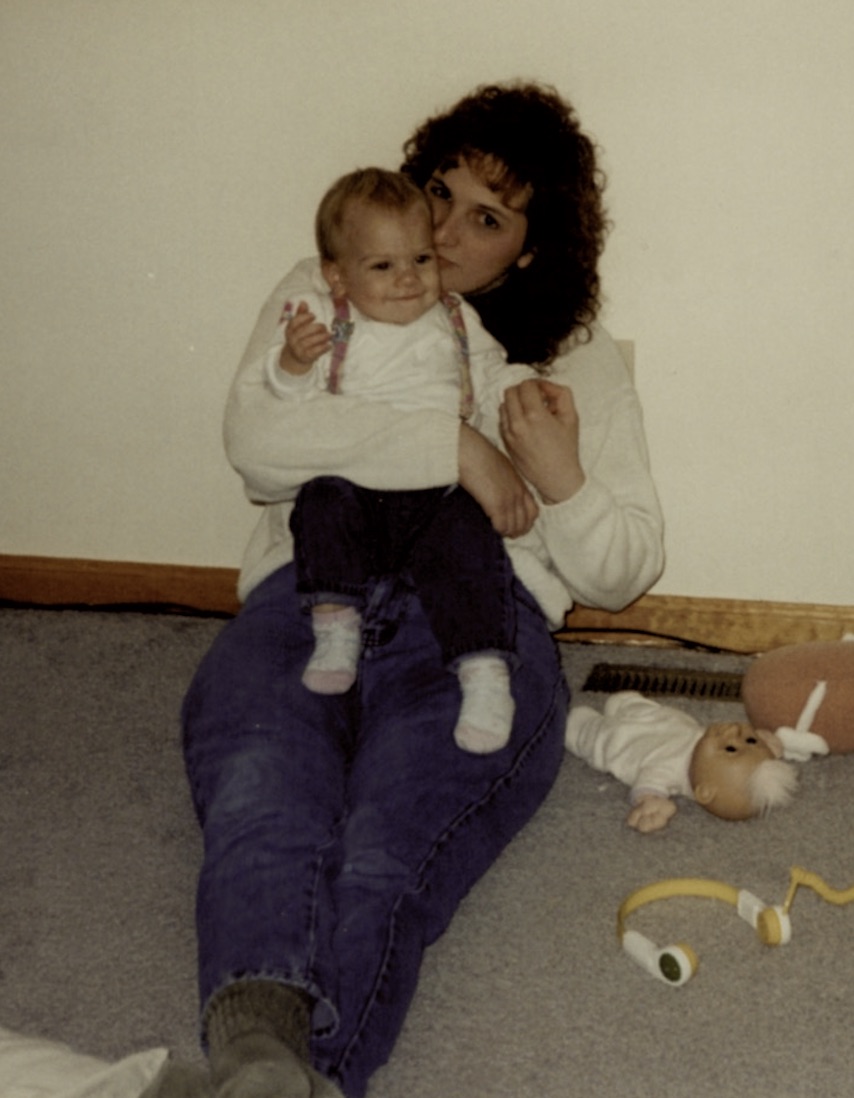 I, once again, found myself sitting at my desk staring at the blinking cursor. This self-imposed deadline of one blog post a week might just kill me. I have said it before, there are no more words in my head.  I just sat there for a minute staring at that screen with John Mayer’s Stop This Train playing in the background.  I looked over at the pile of pictures my kids gave me for my birthday.  They were really old pictures from when they were babies.  Pictures I was in, but have never seen before.  You see, when I was divorcing their father, he refused to give me any photos from the first three years of their lives. I managed to make it out of his house with their baby books, but there are a ton of baby pictures I have never seen, and it has bothered me for years. Fast forward 20-something years, their paternal grandmother made both my kids a photo album of pictures for each of them. Again, something I knew nothing about, but fast forward again to my birthday a few months ago. My sweet chickens handed me a bouquet with about ten baby pictures clipped to the flowers.

I sat back holding those pictures in my hands and listened to John Mayer telling me not to stop the train.  There were undoubtedly more days than not back in 1992, 1993 that I wanted to most certainly stop that train, get off, run away, and never look back.  Those babies were the only thing that kept me grounded and here. It was a really dark time for me when I struggled with self-worth, believing people were good by nature, and that the world needed me around. My parents lived over 1,000 miles away; my sisters were in college and busy with their lives, and my world consisted of toxic people and hate. But yet, I look at those pictures and my chickens are laughing. In some of those pictures you can even see a smile on my face and if you didn’t know me, you would assume I was happy.  I wasn’t. Not even a little. I was sleeping with a married man and I hated my husband. I didn’t know how to leave either situation, so I kept moving forward on that train into that dark abyss.

I finally did get off that awful train.  I figured out life and somehow kept my chickens smiling through it all.  To say I owe them my life would be an understatement. I don’t think they even realize now 26 years later that they saved me.  I suppose I should tell them someday, but that seems like a lot of information to saddle your children with. I guess they could read it here, but they aren’t faithful readers (I don’t think).

I’m pretty sure I wouldn’t be the person I am today if I didn’t go through 1988 – 1996 and while I wish those years weren’t as awful as they were, there were a few good years. And indeed 1991 and 1992 were the best years since that’s when those chickens were born.  But, if I’m honest, it was mostly awful. Looking back on those days now, I realize they made me the strong woman I am today, and that’s a good thing. So know that you’ll never really stop the train, you’ve just got to do your best while you are on it, hoping to make it to the next stop.

4 thoughts on “Stop this Train.”