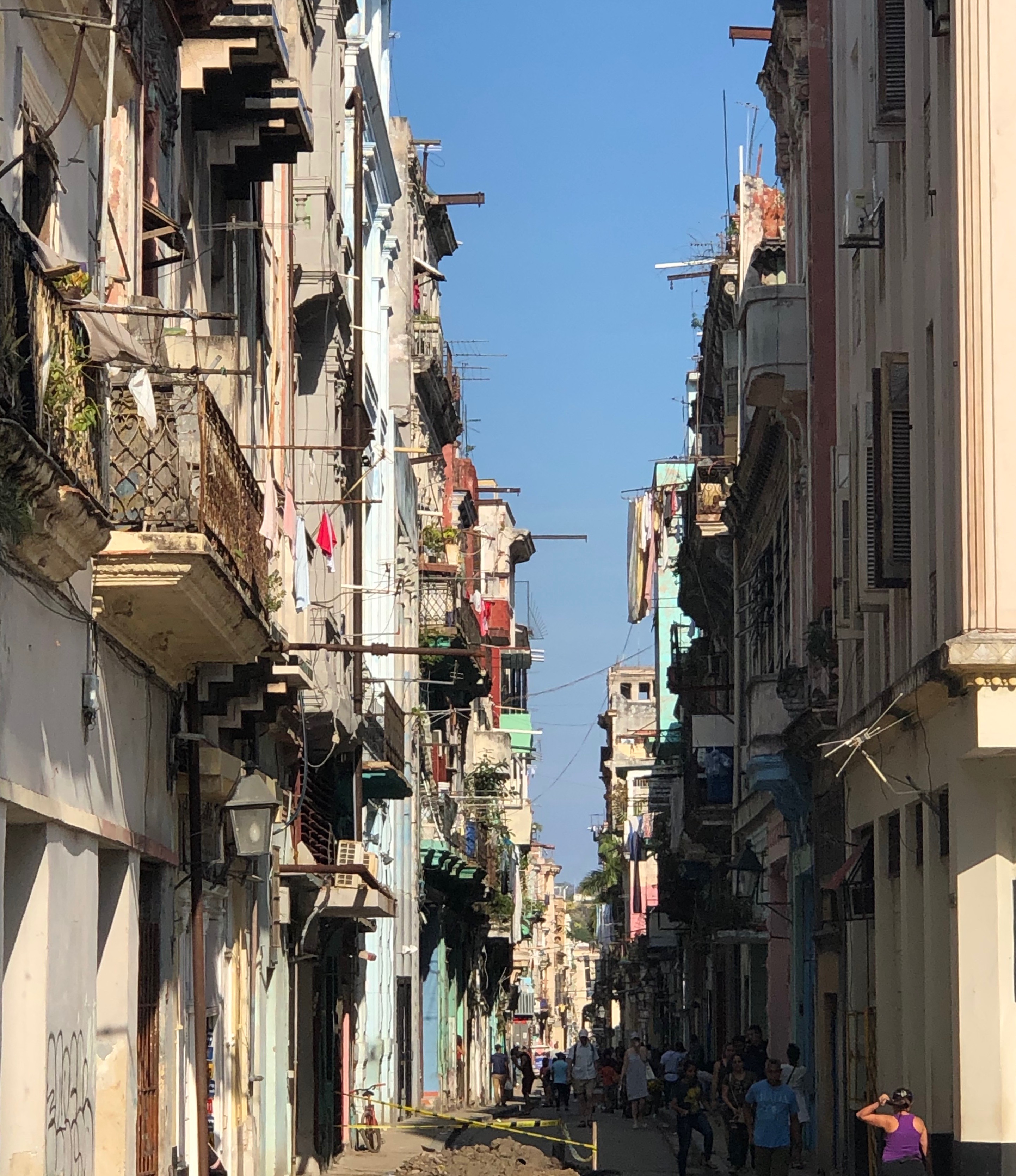 My trip to Cuba was great, and it was everything I wanted it to be and maybe more.  I had a hard time even believing we were in a communist country. Don’t get me wrong; there were plenty of visible signs, crumbling buildings that people called home, literally hundreds of people on the side road waiting on a bus; a bus that I was surprised could even drive down the road. But there were also just about zero homeless people; I think I saw one homeless person sleeping on the sidewalk. The Cuban people are so friendly, and happy and my husband and I had the conversation, how it seemed they all made a conscious decision to be happy. Despite the fact they had a rations coupon book that may or may not feed their family for the month. Despite the fact, there was a shortage of housing and transportation.  They all just seemed happy. They also have seemed to master the side deal.  Before I knew it, it was time to fly home. I was glad to be going back, I was homesick and missing the comforts of home.

After some confusion with our flights out of Cuba, I was finally standing in a line in Atlanta to board our final flight. Then there it was, the worst of home, something I had forgotten about for a couple of days.  A family of four was pushing their way past me, while the mom was shouting “I’m in First Class, we are in First class.” I was too tired to argue with her, so I just let her plow past me, while the father was yelling back into the airport looking for his sons. Those two boys had held up the entire boarding process so they could take a selfie of them standing in line and then shortly after that two snot nose tweens came pushing past me.  I just kept walking and ignored the nasty looks from this family as they looked down their noses at me. I was wearing black tights, a long jean shirt, and flats.  I had my suitcase and my purse. My purse wasn’t designer, but if you know me, you know it was a nice bag (straight from Italy), my flats were the most expensive shoes I’ve ever purchased, and I had an Away suitcase.  My point is, I didn’t look like a slob. I ended up just behind them in line and calmly watched them climb in 1A, 1B, 1C, & 1D.  All first row of First Class.  I watched the mom look me up and down, judging the whole time.  I stopped at my seat 2D, right behind her rotten kids, looked at her, gave her a “bitch please” look, put my earbuds in and started writing about her awful family.

Maybe it was because I was exhausted from a day of traveling with some bumps along the way, perhaps it’s because I just came from Cuba where people were living in conditions I couldn’t comprehend, but I had no patience for this lady and her entitled family.  I judged her, and I judged her HARD.  I judged her for raising two privileged white boys who seemed to me, were being fast-tracked to two white privilege men, and I was seriously grumpy.

I left Cuba wanting to come home, but now I was back, and I was missing Cuba, or it could just really be that I was flying from South Florida to Atlanta on Presidents Day holiday, but I seriously felt like I needed a shower to wash all the entitled slime off me.  The one thing you couldn’t find in Cuba was entitled.  People were busy using their ration books to feed their families, hoping it would be enough for the month.  The Cuban people wonder every day whether or not there would be toilet paper in the ration store.

One day while driving around Havana, I asked our tour guide, Martin, if Cuba had a National Bird. Martin told me it was the Trogon.  He showed me a picture of the bird and then said, “you know they can’t be in cages.  They will try to get out and keep flying into the bars to escape.  They will eventually kill themselves trying to get out.” I just sat there and looked at him, and he looked at me.  I said “that’s a little ironic” and Martin said, so quietly I almost missed it “yes this whole country is like a cage.”  It was such a profound statement that I couldn’t shake the feeling that made me feel grateful for all that I have and take for granted.

So I think that is why that family and more specifically the mother put me over the edge getting on the plane. As a parent, it was our responsibility to raise good humans, whether you have money or not.  It cost zero dollars to teach your teenager that it is not ok to hold up an entire line boarding a delayed flight, just so that you and your brother can take a selfie.