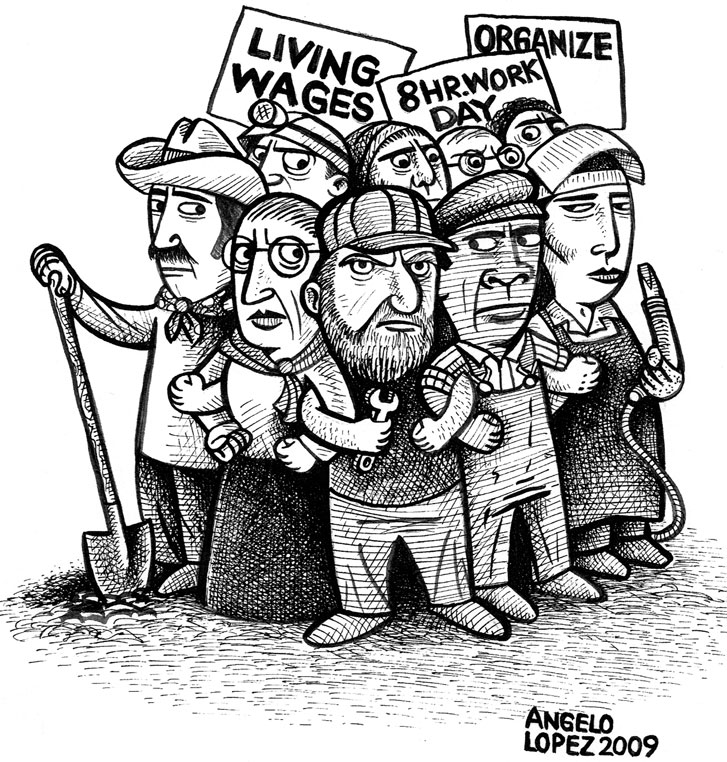 As I sit in the back of the production office listening to words like “Teamsters”, “House Guys”, “Carpenter Unions”, “IA”, Decorator’s Unions; I was very glad that I was in the back of the room writing articles for my little blog.  The conversation made my head literally hurt. Any hanging that was one Union and a couple guys.   Any hammering that was a different Union with fewer guys.   Any crayons, that’s the decorator’s union and they have their own guys.  Pushing road cases, well that was the building guys, I think.  Then there were the brooms.   Every guy had to have the exact same sized broom and DO NOT dare give the two different unions different sized brooms, that will shut down production for an hour at the very least.  The average consumer has no idea what goes into doing a show, and it’s so hard to explain.

It is entirely different worlds, show business, and the bakery world.  What I wouldn’t give right now for a 16-quart mixer full of croissant dough beautifully proofing in its beautiful metal bowl.  How I miss the feel of flour and butter on my hands and the smell of croissants fresh out of the oven.  There were no unions, building people, IA guys or even a decorator’s union.  Whoever I told to dump the dough on the table would dump it on the table.  If I wanted to dump the dough on the table myself, I could do that also. In show business, if you want to move a chair you’ve got to go through literally five people, three unions, and a building representative.

Everyone is fighting for his or her position in the building.  Which makes me ask myself, “Aren’t we just all fighting for our position in life?”  I suppose the key to finding your position in life is finding it peacefully.  I realize that this is not a new statement or quest, I just think some people are better at it than others.  Imagine for a minute, what it would be like if people peacefully found their place in life.  It would be that feeling that I imagine you get when you do Yoga.  Calming, centering and tranquil.  I, of course, do NOT do Yoga, I can barely touch my toes, and so this is only a guess.  At this moment in life, however, I’ve managed to find my position in life, and I am lucky that it is happy, calm and peaceful, most of the time.

After the Production Manager had given me a description of all the unions and what they did, I told him all I wanted to do was color and perhaps color outside of the lines occasionally.  His response, “Great, now I’ve got to get a coloring book union guy and an entirely different guy if I was going out of the lines!”