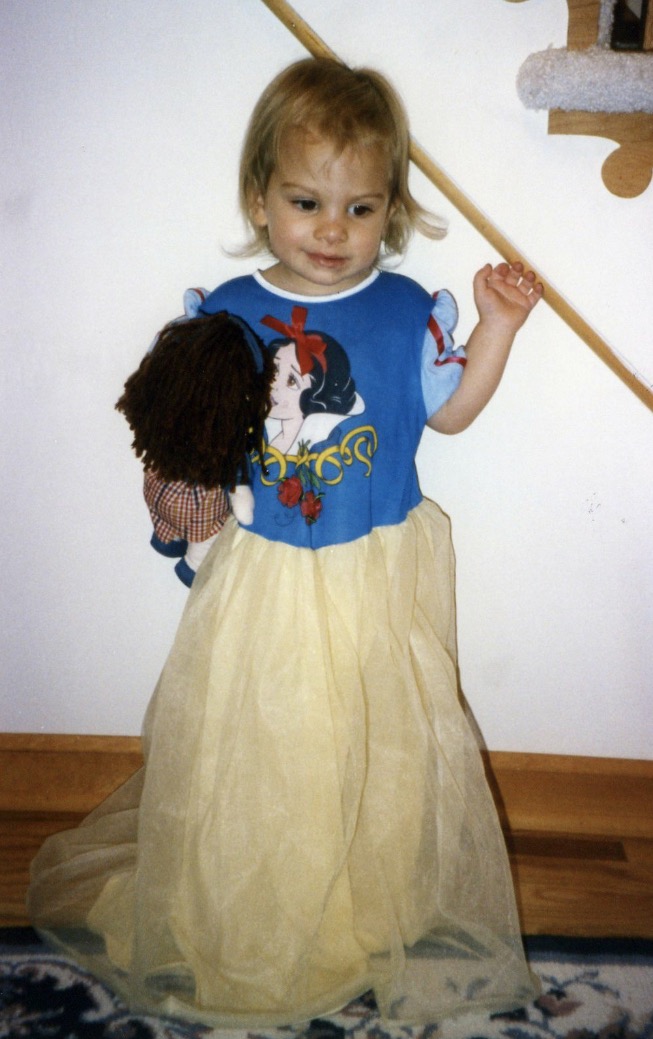 I can’t write if I don’t run, and I hate running, but my self-imposed deadline of one blog post a week was looming on the horizon.  So I laced up my running shoes and headed out the door.   Two miles into my run it hit me, like it always does, A Woman of Contradiction Graduates.  So perched on one of the many and massive Titan flower pots, and I started to write.

It all began with Alison Palumbo before I even knew her.  I was sitting in the doctor’s office when he came out and in his thick Slavic accent, he said, “Gina, you are three months pregnant.”  I was certain it was his accent that made me hear him wrong, so I made him said it again, actually two more times.   I hadn’t planned on another child, my marriage was on life support, but there it was, I was pregnant.

When Alison was born, she was a pound lighter than her brother, and I almost had her in the car on Route 80, somewhere between the Delaware Water Gap and Hackettstown, New Jersey.  She had no interest in waiting to be born.  I was in the hospital for 20 minutes when they put that sweet baby in my arms.  A little girl, I would name her Alison after my favorite Aunt’s sister, a name I had all my life loved.  Just like that, in that instant, we bonded like I never knew possible.

A few years later, when her father and I divorced, and she would have to go to his house for the weekend, she would cry. Every Friday morning would start out with tears.  I’d ask her what was wrong, and she would wait right up until her dad was knocking at my front door, “I don’t want to leave you alone, you’ll be lonely.”  I would scoop that precious three-year-old up in my arms and squeeze her tight.  I would have to assure her I’d be fine, scoot her out the door and then sit on the kitchen floor and cry, I was lonely.  Every Sunday when she and her brother would come home, it was the best day of the week.

Preschool was where the contradictions began.  Every morning when we would get dressed, little Alison would be so quiet.  She would NEVER eat breakfast and feeling like a bad mother; I would load them in the car and send her off to school without breakfast.   This same little girl now LOVES to go out to breakfast.

The ride to preschool.  The crying would start two miles from the school and not stop until she was picked up at the end of the day.  This girl HATED preschool, cried the entire day.  What did little Alison become when she grew up?  Well, she is graduating college and is going to become a high school, teacher.  That’s right the little girl who cried every day in preschool is now going to be a teacher.

Then there was school shopping.  That picture at the top of the page is probably the last time that cute kid wore a dress.  She hated everything that was girl related.   Every school year I died a little inside when I’d head over to the boys section of Old Navy for both her and her brother.  Old Navy was the only place little Alison would shop her entire middle school and part of high school years.  This same girl called me last week and asked me to make an appointment so we could get her nails done for graduation.

Then there was Rob.  When I finally introduced Rob to the kids, it seemed from the first minute she met him, Alison was determined to make sure we didn’t get married.  She would tell me, more times than I can count, that the favorite moments in her life were always when it was just me, her and Raymond.  Slowly, I could see the relationship grow between her and Rob.   Now Rob is almost always the first person she goes to for advice, and their relationship is the subject of her final project for school.

Alison my daughter of contradiction, I could not be any prouder of you and all you’ve accomplished.  You amaze me on a daily basis and make me laugh every day.  I am proud to be your mom, and I love you bigger than the sky and warmer than the sun.