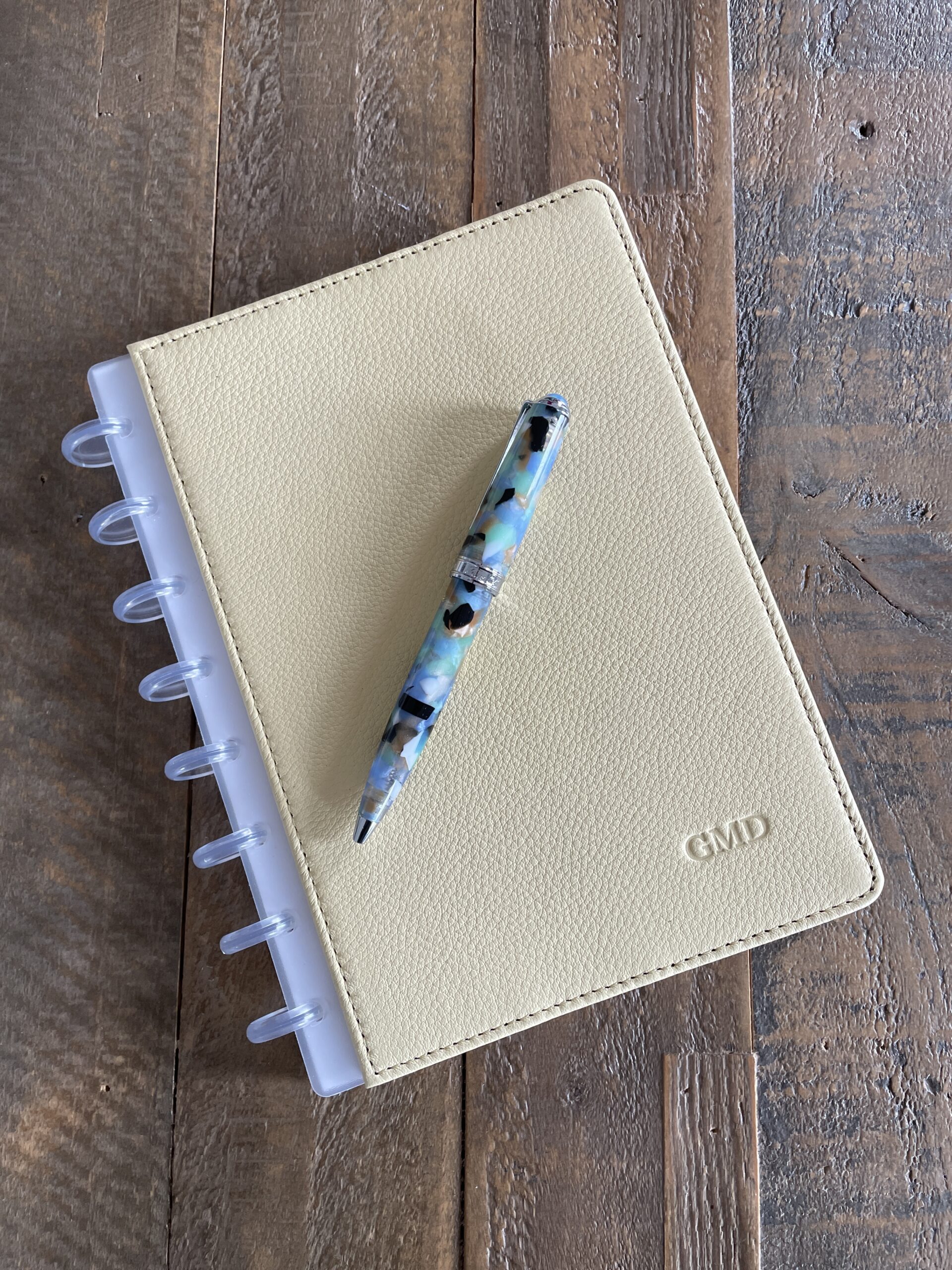 Today I bought myself a new fancy pen.  I’ve never owned such a beautiful pen in all my life. I’ve certainly spent my fair share of hard-earned dollars on them, just not for me.  A very, very, long time ago I bought one of these fancy pens for an old boyfriend.  He was an accountant and collected them.  At the time, I was a single mom raising two small humans on my own, and money was tight, I mean, really tight.  If you know me or read my blog regularly, you will know I refer to these years as the fish stick and cheerio years.  I barely had enough money to scrape together and man those big boxes of fish sticks at Walmart were cheap and thankfully my two little humans were big fans.

It was a long-ago Christmas, and as I scraped together money for presents, I got a catalog from Levenger in the mail.  This was way before the invention of the internet, and if you wanted to buy something special, you combed through all the catalogs that were sent to you in the good old-fashioned mail.  I had always loved Levenger, but it was way outside of single mom Gina’s budget, but this was Christmas and I really liked this guy.  So I found a pen I thought I could afford, filled out the order form, wrote a check, that I hoped wouldn’t bounce, and dropped the order in the mailbox.  A few weeks later, just in time for Christmas, the pen arrived.  I remember this pen like it was yesterday.  It was a dark blue with a cap that screwed on and off.  The weight of the pen in my hand just screamed excess.  It was a fountain pen, which made it seem even more fancy and expensive.  I just sat in the kitchen of my tiny townhouse and held that pen for a long time.  I wondered if there would come a time when I would ever be able to afford a pen like that for myself.  I figured maybe someday, but I didn’t believe it really, so I put that fancy pen in its fancy box, wrapped it with my cheap CVS Christmas wrapping paper, and put it under the tree.

That was a really long time ago, and I have no idea whether that boyfriend still has that pen.  I want to think he did. But as I held my new pen in my hands, it had that familiar weight that screamed fancy. I love that new pen, not because of what it is, but what it represents. It represents a life that I stuck with, even through those hard times as a single mom when I didn’t think I could make it one more day, but I did.  It represents a life of accomplishment, even when there are days I don’t feel like I’ve accomplished much. It represents a happy and content life where I can buy myself a fancy new pen on a Tuesday because I finally feel like I’m worth it.

I will be, finally, going back to work in June.  I will be going back out on the road with a cast and crew that is fully vaccinated. Back out on the road as a Tour Manager for the children’s shows. When I start packing up my suitcase and road case to leave, you can believe my fancy new pen will be the first thing in my backpack. Every time I grab it to write something down, I will remind myself of how far I have come in life but how far I still want to go. It will remind me that sometimes we need to do nice things for ourselves. As a mom, wife, daughter, sister, and friend, I usually don’t even make the mental list always running in my head. The running list of people who need something nice to brighten their day. Whether it is as small as an I’m thinking of you; you’ve got this text or a card sent through the old fashion mail or something that has taken some time and thought like a needlepoint of encouragement, I am never on that list. That fancy pen sitting next to me on my writing desk reminds me that I should be on that list more often. I encourage you to put yourself higher on your list; maybe it’s a half-hour in the morning drinking coffee in peace in your favorite mug. Maybe it’s an extra 15 minutes in the shower. Maybe it’s as simple as wrapping your arms around yourself and squeezing tight, reminding yourself that you’re are loved.  Whatever it is, make it a priority every day because you are worthy of being higher on your list, and you deserve it!

2 thoughts on “Do Something Nice for Yourself.”