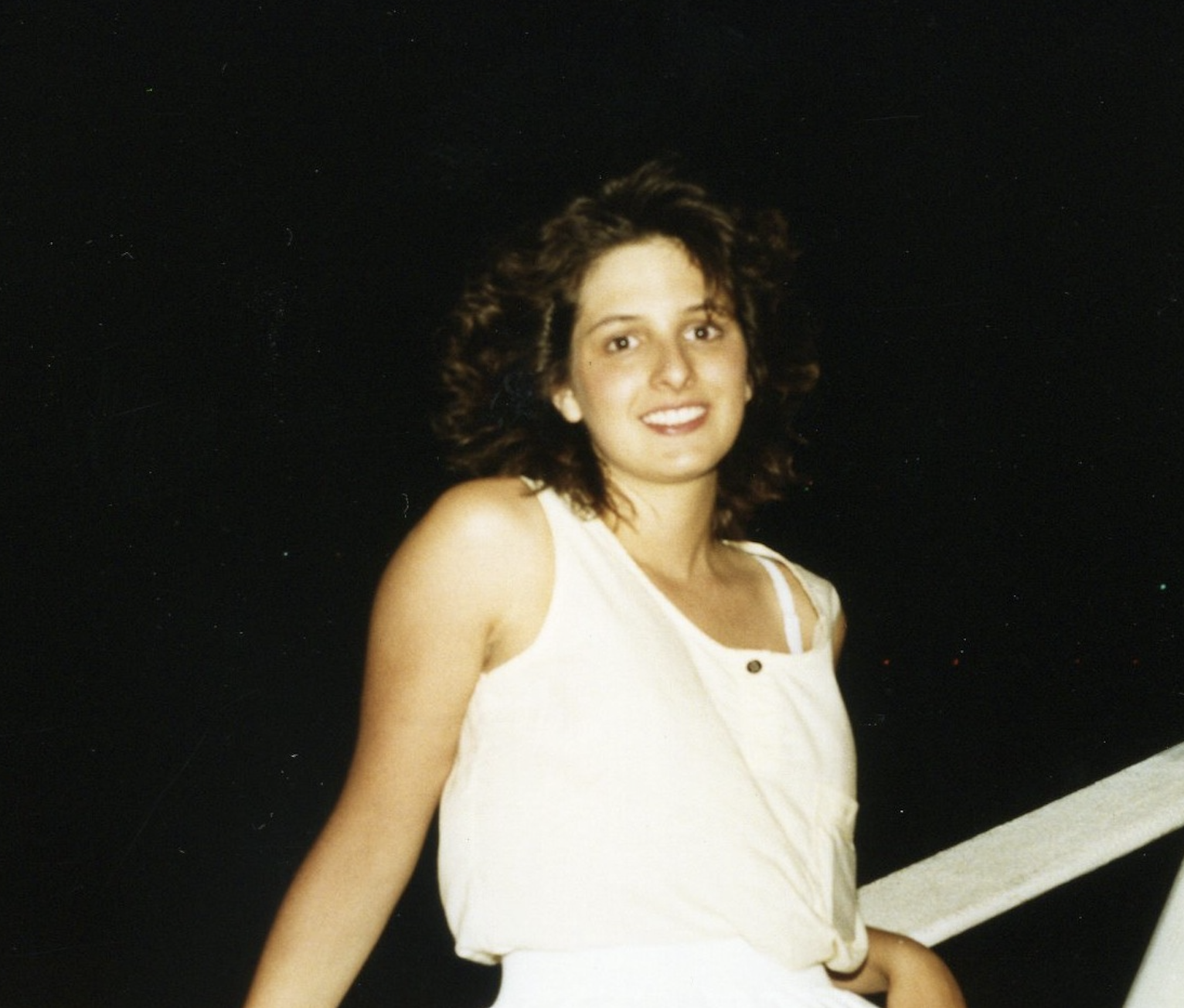 The year was 1991. I was 24 years old and four months pregnant, but I wasn’t showing. I was three years into an abusive marriage, not physical, but mental abuse. I had been laid off from my previous job, and I needed this job. It was my first real job as a Paralegal.  It was a time when you could smoke in the office, right at your desk.  He was 33, was a lawyer, the head of the Legal department, and a vice president of the company.

I was at this job for ONE WEEK, and I had to work late. I was sitting at my desk, alone in my office and without a word, he walked in, grabbed my face, and started to kiss me.  I was so shocked, paralyzed and unsure what to do; I just waited for it to be over.

It was over almost as soon as it started and he walked out of my office, and I wondered if I had imagined it all.  I packed up my stuff for the day, left the office without a word, drove to my prenatal appointment, where my husband was waiting for me in the parking lot.  Remember, our marriage was already on life support, but as soon as I saw him the first thing I did was kiss him.  I didn’t know what to do, I didn’t know how to tell him, I was afraid to tell him, and I was shaking like a leaf.

He demanded I tell him what was going on, which shouldn’t be the first response when your wife kisses you, but it was in that relationship, so I told him.  His reaction was anger. But the anger wasn’t initially directed at my boss, it was directed at me.  How could you let something like this happen?  What were you doing to encourage him to kiss you? After about what seemed like a lifetime of being yelled at, he finally said, I’m going to talk to him. I begged him not to say anything, we needed the job badly, I would take care of it, and we were going to be late for the doctor’s appointment.

The next morning after a half hour argument with my husband informing me I had BETTER take care of the situation, I drove to work wondering how in the world I was going to do just that. I nervously sat at my desk, alone in my office when he came in first thing.  He started to say he was sorry and I just blurted out “I’m pregnant.”  I was a paralegal, so I knew he couldn’t fire me and I was sure he wouldn’t do anything to a pregnant woman.

But he was slick, he had done this before, and he saw me as prey. I was vulnerable. I was starved for attention, compliments, and assurance that I was smart.  He told me every day I was pretty and because I was really good at my job, he kept giving me bigger and bigger assignments. One thing led to another, and before I knew it, we were on the company’s private jet flying to a hearing that in reality, I had no business going to.  That meeting ended up in a hotel room, and that was the beginning of a four-year affair.

I don’t remember who ended the affair really because it was a shit show in the end. I was getting ready to leave my husband, he was accused of embezzling money from the company, and I was under a cloud of suspicion, because “she was sleeping with him, how could she NOT know anything,” but I didn’t.  His wife left him, he lost his license to practice law, he lost his house, but he managed to stay out of jail.  I was left picking up the pieces of my life.

It took me years, and I do mean years, to find my self-worth. Through those years of I would hear about women who were victims of sexual harassment, but I never considered myself as one of those women.  I wrestled with the fact that it turned into a long-term affair so how could it be sexual harassment and it was the story on CNN that made me pause and wonder.  A story so similar to mine it brought up too many memories before I finished my morning coffee.

Tell someone, it’s not right, and you didn’t do anything wrong.

12 thoughts on “Was that Sexual Harassment?”