I worked as a 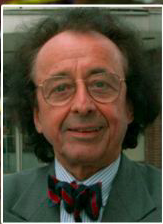 Paralegal in a tiny law office in Stroudsburg, Pennsylvania. It was a job that saved me in a lot of small ways. There were two Partners in that law firm, Dominick A. Lockwood and Janet Jackson and we were all like a family.  One horrible morning, 15 years ago today, Dominick Lockwood was hit by a truck on Main Street in a town he loved so much.

I just remember pulling up on the accident, and I instantly saw the saddle shoes. It was summer, so he was wearing his summer seersucker suit and brown saddle shoes, but they were laying in the middle of the road, something was wrong, very wrong. The rest of that day was a blur of emergency rooms, phone calls, and tears. It was like I had lost my grandfather.

Fifteen years later, he still crosses my mind, and on June 6 every year I find myself smiling and remembering all the things about my dear friend Dominick, I’ll share just a few:

Not even Dominick’s wife really knew his age; it was a tightly kept secret.

He always had brand new $1.00 bills in his pockets, and whenever he saw a child, he would stop and talk to them and give them a few of those crisp dollars.

You could almost always seem him standing in the conference room of our office in front of the big windows doing the yoga pose Natarajasana or Lord of the Dance. He would finish and chuckle and say to me “Come on Gina, do the pose with me.”

When I was going through my first divorce, and my ex-husband sued me for full custody of my chickens because he said I was a horrible mother, Dominick would walk over to my desk and say “Gina, do you do drugs? Gina, are you a prostitute? Even those women still have custody of their children. Your children are going nowhere, ” and he was right.

He always had the New York times on him and two watches, one on each wrist each in a different time zone.

After 9/11 he came up to my desk and said: “Gina if I were just a few years younger, I’d sign up and defend our country.”

When my second ex-husband literarily threw all my stuff on the street and said me and my children were no longer living in his house, Dominick opened his home for us.  My two kids and I sat at his kitchen table that evening, and he fed us, gave us beds to sleep in and once again said: “Gina, you’re going to be fine, it’s all going to be fine.” He would later help me purchase my first house as a single mom.

At Christmas time Dominick would drive around with a tree on the roof of his car, you could still see him driving down Main Street well into February with that tree still on his car. After he was gone, our office started handing out Christmas trees in his honor to people who couldn’t afford them.

Dominick’s love for trees didn’t stop with the Christmas tree.  He was on the Shade Tree Commission in Stroudsburg, and when they planted a new tree in front of our office he said “Gina, make sure you water this tree every day, ” and I did, every. single. day. until it took root.  In the spring when it started to flower we would stand outside and just look and look at that tree.

Dominick and I were usually the first ones in the office. I would always stop at Dunkin’ Donuts, and he would always stop at his broker’s office.  I would be sitting at my desk getting ready to drink my coffee, and he’d come in the back door. “Gina, that coffee smells so good” he would go and get a paper cup, come back to my desk and I’d pour some of my coffee into his paper cup. I would always ask him if he wanted me to pick him up his own coffee in the mornings, but true to Dominick he would say “Why would we do that when we could share yours?”

Dominick is also the reason I talk to people in elevators. One morning he came into the office and stood at my desk, he informed me that the best way to meet people was in an elevator and never let a chance pass where you could meet some interesting people, what else are you going to do in an elevator?

Dominick was a little man with curly black hair, always wore a suit, even on vacation, always wore a bow tie, wire-frame glasses, and had the largest heart of gold. I am just one of many whose life he touched. I know he’s looking down on me with his saddle shoes peeking out of his white robe saying “Gina, look at you, I knew you would be fine!”

I miss you, Dominick. 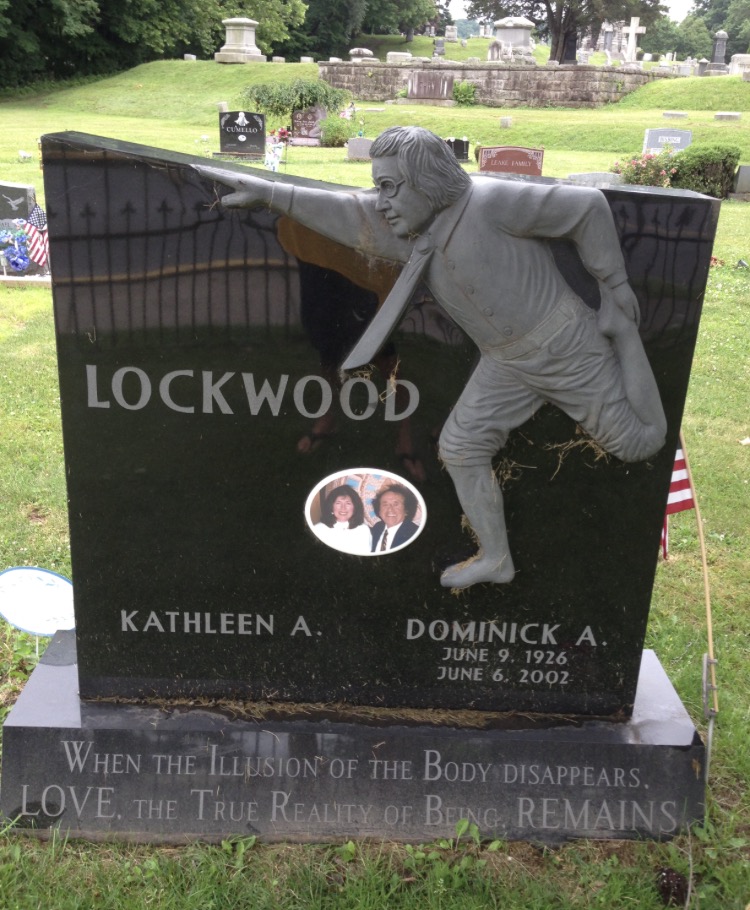 23 thoughts on “Dominick A. Lockwood”