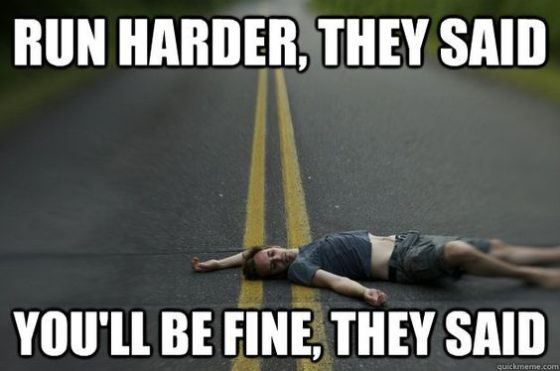 It all started with my husband standing in front of me in our apartment announcing tomorrow he was going to quit sugar, carbs, and I believe there was one more thing, but quite honestly I don’t think I heard it, and if I did, I certainly don’t remember.  You see usually I’m the one who decides it is time to “quit” things. As I blankly stared at him, I focused my eyes and confirmed that it was indeed my husband standing in front of me and not just a mirage I conjured up before I had my morning coffee.

Before I could stop them the words “I’m in” came leaping out of my mouth. I need to practice the rule I use to tell my kids growing up, “say it out loud in your head, before you say it to anyone else.” As soon as I uttered those two words, my husband of 13 years must have seen the panic on my face and said: “we will make it into a wager, ” and after a half hour conversation, we settled on a few rules. This “adventure” will last until June 30. The person who has lost the greatest percentage of weight gets to choose a vacation. Any vacation, anywhere.

Now, to be honest, I had already been researching gyms, personal trainers, and diets for over a week. It is always hard for me to stick with something, because I’m always doing it by myself and all you have to do is wave one baguette under my nose, and I lose all sense of being, and I will follow you to the ends of the earth. But, I had my diet figured out, for the most part, and now came the hard part, the exercise part. If you know me well, you know I hate exercise. I have yet to find that one thing I love to do and believe me, I’ve done it all! I have worked out with a personal trainer for three years, three times a week. I have joined gyms. I have every single running app known on the internet, from Couch to 5K to Zombie Run. I have done spin classes. I bought a mountain bike and rode it around the “mountains” of the Poconos. My problem is I get bored, like really bored, really fast, well that and my asthma.

But, I really want this vacation, and I want it to be a vacation that I get to pick, so I had to find something that I loved, that I would go to and that seemed to mix things up enough that I wouldn’t get bored. I settled on Orange Theory Fitness and today was my first class, but let’s backtrack a minute to when I called to reserve my spot in class. The girl who answered the phone asked what time I would like to come. I said “morning, ” and she said, “ok how about 5:45?”. I assumed she misunderstood me and I said “Oh, no, I meant to say morning” even though I knew I had stated that right out of the box. She said in her bubbly voice, “that is morning, 5:45 AM”, I actually said back “Oh honey, how about something around 9ish” and we settled on 8:45 am.  That was still feeling a little too early for my lazy self, but I was willing to work with it, but then she said, “Ok, great, we need you here by 8:15 am,” and of course I said “sure.”

As I sat on my couch, coffee in hand at 6:15 am because I can’t talk to people before a cup of coffee, how exactly did I think I was going to work out without coffee. I listened to the tv blaring words like collusion, treason, and suicide bombers, and I thought about how mornings have changed.  These days I don’t get out of bed until 9:30ish and walk into the kitchen and turn on the kettle. I wake up slow, like all humans should, with a hot cup of coffee in my hands. This morning, however, sitting on my couch at 6:15 my eyes felt the same way they did when I would wake up at 4:00 am for the bakery, only this morning 6:15 seemed insanely early to be up.  To make matters worse, I knew there wasn’t going to be the smell of glorious croissants baking in the oven to greet me, but instead I was going to be greeted with that familiar gym smell mixed with failure and skinny people, and I couldn’t help but wonder what the hell was I doing.

Without going into all the details of how Orange Theory Fitness works, let me tell you this workout program is no joke.  While I was certain, on many occasions this morning, I was going to die; I did not. I completed the whole hour with my heart rate squarely in the orange zone, burned 515 calories, and walked out of the building without the aid of a paramedic and wheelchair.

I was glad I had decided to take a break from all the media both social and traditional this morning and do something for myself. For my health. For those endorphins, I get when I run. But let’s be honest, most importantly for that vacation.