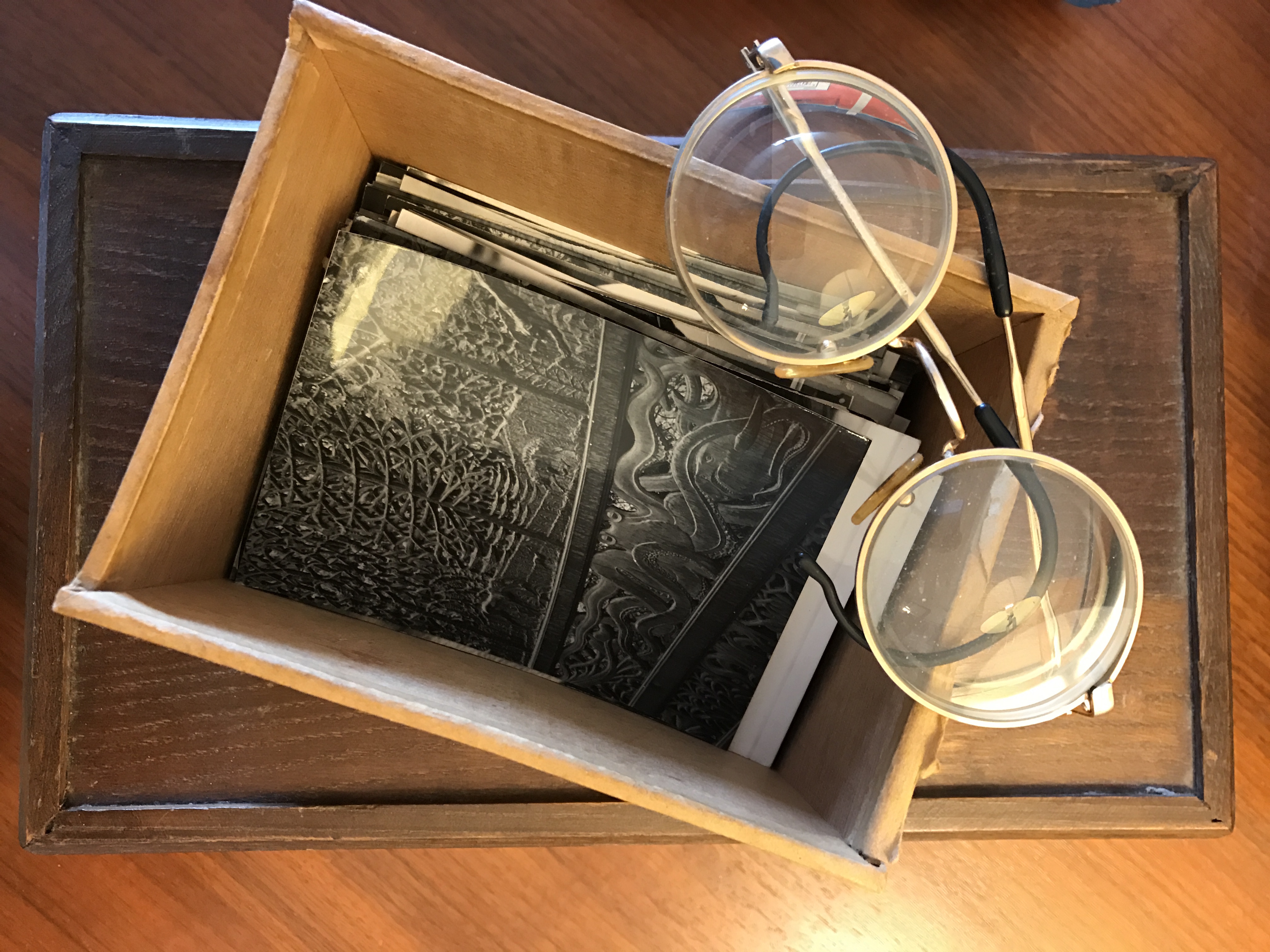 I have been in New York for roughly five months, and it took me just about all of it to head out to Long Island to see my Aunt and Uncle and as I sat on the train watching Long Island fade into the background, I couldn’t help but think about my father.  I have had almost a week to sort out my feelings and stumbled across more emotion and feelings I thought I had stored up inside me.

There is one constant memory, however, that I have, they are of his glasses, they were gold wire frames, and when he would put them on, he had to hook them over his ears. It’s an unexplainable memory, but it is certainly my strongest.  I am grateful to my Uncle for finding an old pair when he was cleaning out my father’s apartment, and now those glasses sit in a box on my lap.

I looked at those glasses and wondered about the man who wore them, what things did he see through those glasses. What demons was he hiding from behind those glasses? As I sat on the train barreling back to the city, I had a memory flash from six years ago.  Before I moved to Nashville, my two sisters flew to Pennsylvania, we loaded into my car and drove to Long Island.  We were going to see my father for the first time since we were little girls and we were so nervous that the three hour drive seem to take a lifetime.  We sat at a restaurant with a couple of Uncles who we also hadn’t seen in years and cousins we never met before, and we waited.  My Aunt, explained to me that my father was just as nervous, and she wasn’t sure he was going to show.  She was afraid his anxiety was going to take over like it often did and he would just stay home.

As I sat on the train, with Long Island fading fast, I considered that box of things and memories.  There were those wire-framed glasses for me, chess pieces for one sister, a flannel shirt for my other sister and a pile of the pictures of a childhood I don’t remember.  I sat there looking through my wire-framed sunglasses fighting back the tears. I learned things about my father from my Aunt and Uncle that sunny afternoon that I had never known. I learned that as a little boy he was a preemie and in an incubator for a long time. When he met my mother, he was young, happy and in love. When he found out they were pregnant with me they were excited and nervous.  In his later years, he didn’t talk about my sisters and me much; he didn’t talk much to anyone. But my uncle did say he would talk about that visit six years ago, how much he loved seeing us and wished it could have been longer.

I know slightly more of the person he was than I did when I got on the train in the morning, and I am certain he loved me as much as he could.  I learned that there was a lot of pain looking through those wire frame glasses, but there was also a lot of happiness.  As I held the box of random pictures and pieces of his life, I reached in and grabbed those glasses; I realized that I am further along than I thought I was and I have the closure and understanding I came to get. I am at peace with that part of my life.