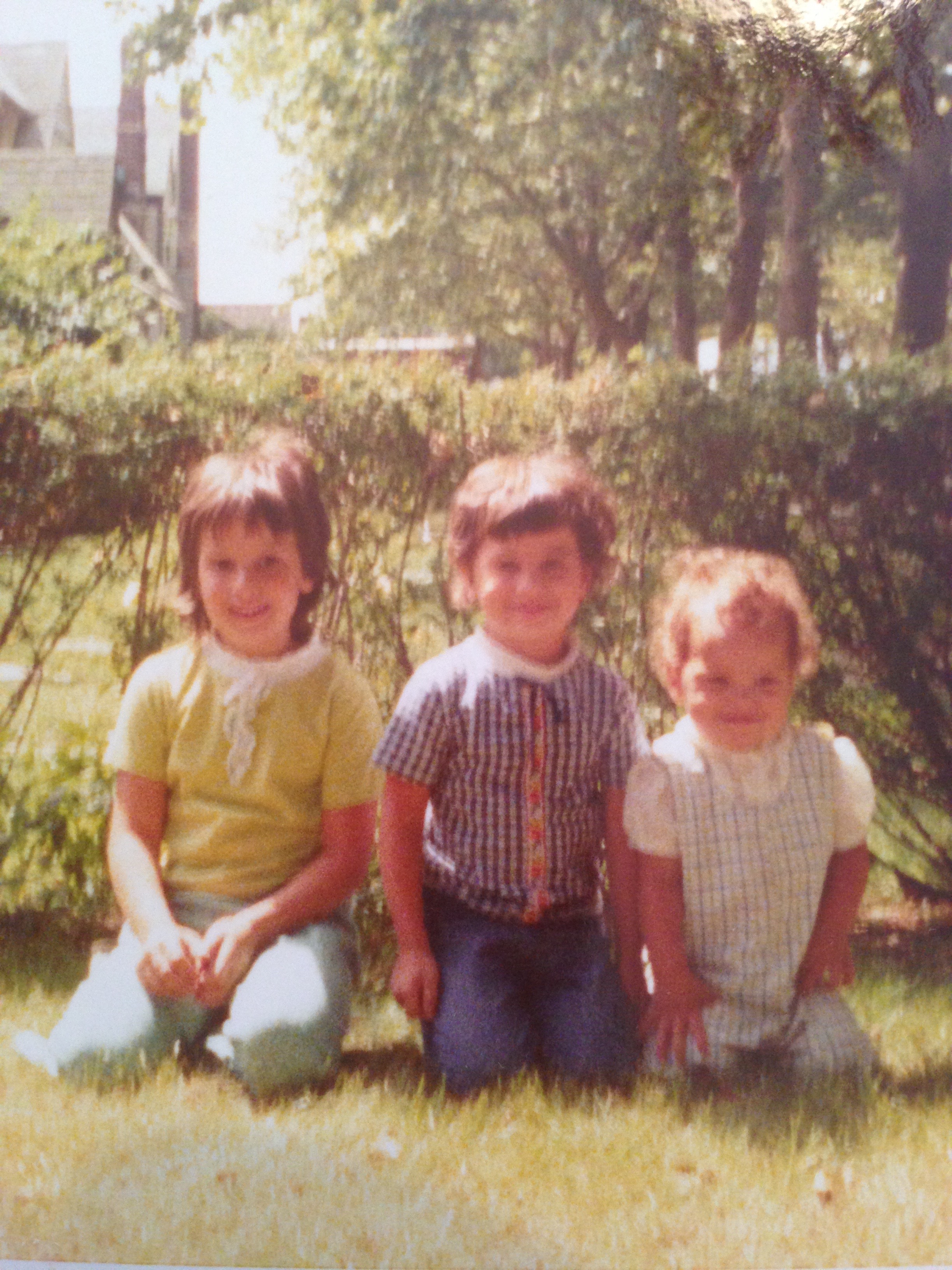 When you come from a big family, there are bound to be fights. Aside from the usual “that’s mine” or “I didn’t say you could borrow that,” my siblings and I didn’t fight much growing up. We don’t even fight much now that we are adults, but when there is a large fight, it usually involves my two sisters and me.

When the three of us were little, and we would fight, it always seemed to be my fault.  Maybe it was, maybe it wasn’t but even now if you asked the two of them they would say yes it was Gina’s fault.  If you ask them, they will happily tell you the story of when I cut a hole in someone’s raincoat and I said I didn’t.  They will recount to you like it was yesterday, how we all got hit with the wooden spoon until I confessed.   If you asked them to, they would show you the scars on their hands insisting that I did it to them during a fight.  They have both even have gone as far to tell their children the story, so the first thing my nieces and nephews will always ask me when I see them is “did you really scar my mom’s hands?”

The last big fight me and my two sisters had was about six years ago. It was ugly. It was bad. It resulted in us not speaking to each other for several months. Those were the longest months of my life. I could tell you exactly what the fight was about, what was said and who said what. What it came down to was both my sisters were on a different page than me, and I was reading an entirely different book. It seems I am always reading a different book than my family. That argument took a piece of my heart, and I swore I would never let that happen

Fast forward to a couple of weeks ago and to the time when I found out my two sisters read one of my blogs and were angry at me, I was heartbroken. Here we were again, a place I swore I would never end up again. I never intended for my blog to be hurtful or insensitive, but that was how they interpreted the post. I unknowingly and unintentionally hurt their feelings. My two sisters and I have gone through a lot of stuff growing up together. Growing up in the 70’s with an alcoholic father, who occasionally would do drugs was scary. Living in a house that was haunted was scary. Being the only kids on the block in the 70’s whose parents were divorced was scary. But, I always had my sisters. Now I feel like I don’t have them and that is scary…really scary.

Before I left for New York, I was having lunch with my chickens, and as I was sitting across the table from my girl chicken, she said: “They are your sisters, and when your parents are gone, they are all you’ll have.”  That was a variation of what I would tell her and her brother all the time when they were little, and they would fight (“Stop fighting with each other, when I’m gone, you will only have each other”), and it was her way of telling me to fix it.

As I sat in my car after lunch, I thought of those words my daughter said to me and I started to cry. As the oldest in a family of 5 siblings, I am the fixer. It is what I do. I feel like I have fixed so many things for my family, but this one thing, I don’t know how to fix. I don’t know if they will read this post and I certainly don’t know if they will care. What I do know is as I walk the streets of New York, there are so many things I want to text them and tell them about, but I feel like I can’t.

I love my sisters, and I think they are beautifully smart women and I miss them. I don’t know how to fix this one, but I miss them.