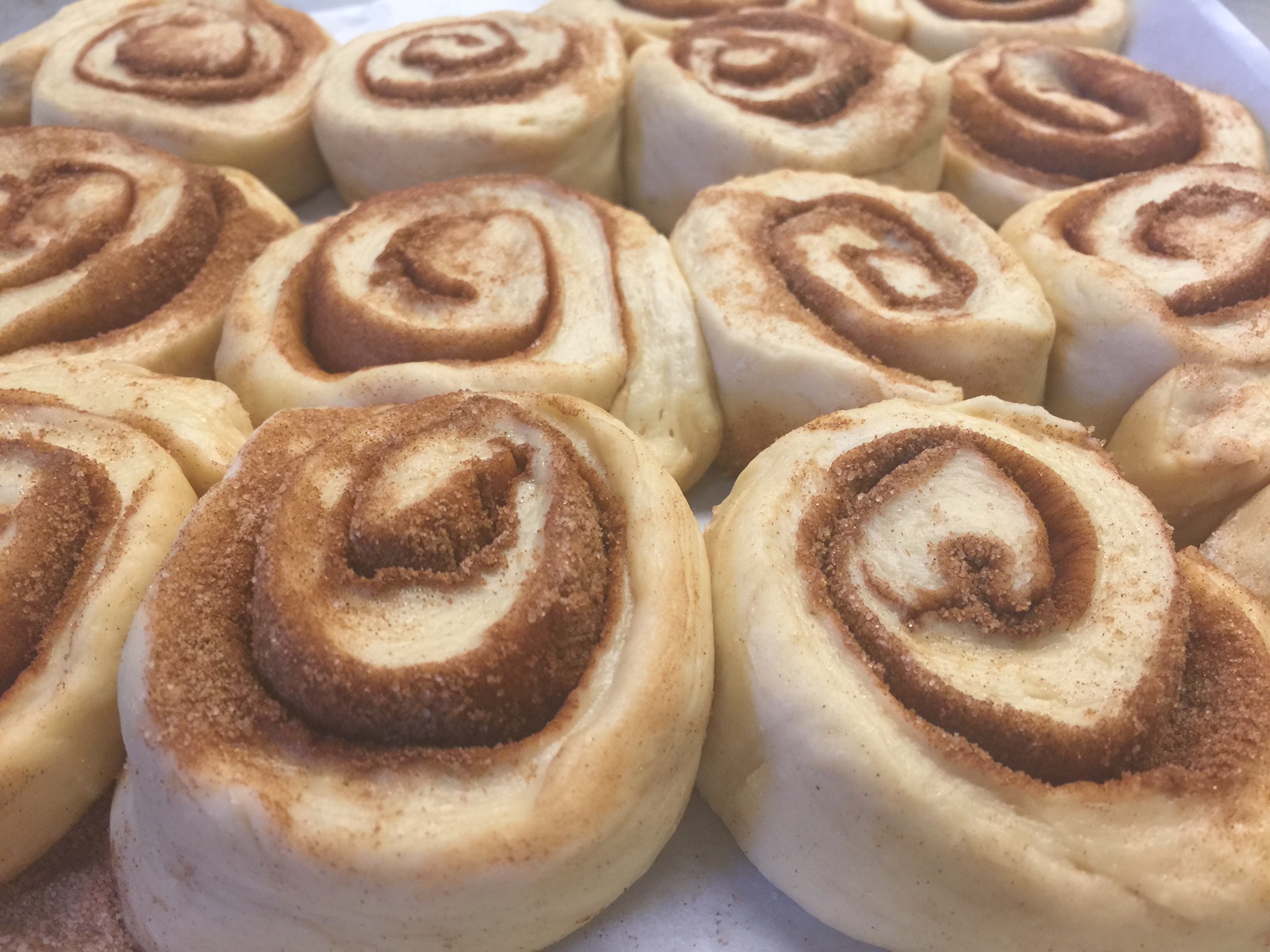 I was sitting on the couch in the rental house in Albany, trying desperately to stay warm with a hot cup of tea and thinking about my little teaching gig last week. I had remembered the night before I was to teach three very excited girls how to make quiche, pie crust, cinnamon buns, and croissants.  I was laying in bed and wondered if I’d be any good at it because historically I have a hard time explaining to people how to do things. I seriously started to wonder what the heck I was doing, why I thought I knew enough to be able to teach anyone how to make anything, after all, I am a culinary school drop-out. But the morning came as it is guaranteed to do, I put on my chef pants, grabbed my recipes, my croissant cutter, my courage and headed out the door.  It was all going to be just fine; I was going to be just fine.

Turns out I was just fine, I managed to explain things well enough to those eager girls where they produced the loveliest quiche, cinnamon buns and even their first try at croissants ever, turn out great.   It felt good and natural; it felt good to give some of myself to people who wanted some of my knowledge.  I feel like I haven’t had a chance to practice much kindness lately, not because I have become unkind, I have just settled into my old hermit ways.  But on the last day of teaching those classes, I was walking to my car and was approached by a homeless lady, and she was asking me for money.

I had seen this woman before in that same parking lot, sometimes she is alone and sometimes she has a small child with her in a stroller.  I had given the last of my cash to another homeless man that very morning and had no money to give her, and I was heartbroken.  I told her that I no cash left in my wallet, but I would buy her a sandwich at the coffee shop.  She wasn’t interested in a sandwich.  She was staying at a hotel with her little girl, who was not with her that day, and wanted to know if I would pay for her hotel room.

I asked her her name and where her hotel was figuring I would drive by there and just pay for a night or two.  When she started to tell me where it was, I realized it was in a pretty sketchy part of town.  If you know me at all you know I wear my emotions on my sleeve, and she must have read me in a second and said, “Maybe you can just drive me there” and that is where for the first time, I thought about what I was doing.  You see, for a split second, I actually thought about putting her in my car, driving her to the sketchy part of town, paying for her room for a few nights and getting her and her daughter some food.

I’m so glad that my first thought is always to be kind and to think of unfortunate people first, but I’m also glad that this day, I stopped and thought for a minute.  I remember the one time I was in Paris and got scammed out of $70.00, by being kind. I was angry, shocked and scared.  So a second later I had another scenario playing out in my head and this one consisted of me driving her to the hotel, her asking me to see her daughter, her opening the door and some guy grabbing me, my purse being stolen and ended with me being chopping into tiny bits.

I ultimately told her I couldn’t help her, and I felt just awful.  It was the first time someone asked me for money I didn’t give it to them, and I felt sad.  In the end, my intentions were good, but my common sense won this time.  Maybe it would have been just fine had her I taken her to the hotel, but there is that chance things wouldn’t have ended up like my Pollyanna’s head thought.

That day I had learned how to draw the line between compassion and fear, and as I walked back to my car, I remember a quote from Audrey Hepburn, “As you grow older, you will discover that you have two hands, one for helping yourself, the other for helping others.”. That day was one of the “helping yourself” days and acknowledging fear, and I felt ok getting in my car that afternoon.

One thought on “Teaching, Kindness And Common Sense.”