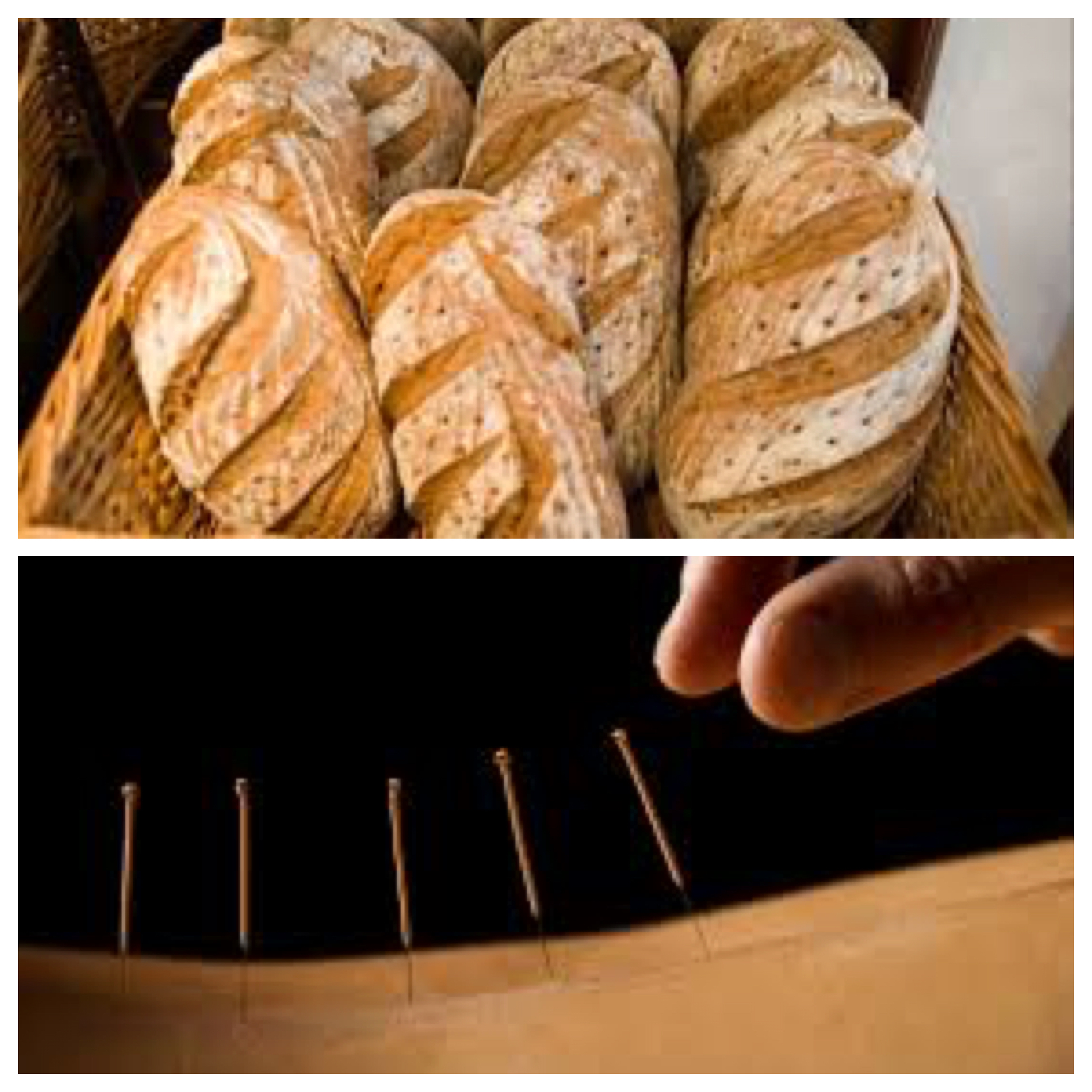 I walked past two bakeries on my way into my first acupuncture appointment; I stopped and took a deep breath.  The deep breath was for several reasons: First, the smell of freshly baked bread coming from the bakeries stopped me in my tracks.  It was comforting and familiar.  Second, I was apprehensive and wanted to walk into a situation I knew. The deep breath was also because I was afraid to keep walking.  I loved the idea of acupuncture.  But now that I was walking towards the Community Acupuncture Center, I was second guessing myself.  I wanted to act on the urge to run as fast as I could into the bakery next door.

The unknown is always scary, but the stepping out of your comfort zone is the scariest and let me tell you – this was way past my comfort zone.  However, my croissant thumbs started to hurt again, and I was willing to try anything to alleviate the pain.  “You’re going to feel high when you leave.”   “You feel stoned when you’re done,” “Acustoned,” were all things I heard when people described how I would feel when I was finished.  However, having never been stoned or high before in my life, I had no idea what to expect.

After a brief intake and Trey guessing that I was a baker, he led me into a large open room with recliners (the kind Joey and Chandler had in Friends) lining the walls.  The room had calming lamps, and there was the familiar sound of massage music.  As I picked a chair and put my stuff in the basket next to me, I was already feeling calm.  I didn’t even feel the needles going in until Trey reached my thumbs; I almost jumped out of my skin and had to fight the urge to punch Trey in the throat.  I, as calmly as I could, told him that hurt, and he apologized pulling the needle out slightly and instantly the pain was gone.

I laid back in my recliner, put the eye mask over my eyes and took a deep breath in and then let it out; this was going to be great.  Suddenly, as I lay there with my eyes covered, all I could see was purple.  The purple was swirling around like waves crashing against rocks.  I felt like I was floating around inside the aurora borealis.  As I just lay there watching all the purple and listening to the calming music I felt there, but not there.

I took off my eye mask, put my chair upright, signaling to Trey that I was done with my treatment.  Trey came over, took the needles out, and I walked out of the room.  On my way out I passed a clock, I had been sitting there for over an hour, but it felt like 15 minutes.  I barely remember paying or making my next appointment, which apparently was four days later.   But I do remember having the conscious thought that I was glad I only lived 2 miles from the place because I wasn’t sure how exactly I was going to drive home.