What do you do when you ask for something very specific, and you get precisely what you ask for, but then at the same time are offered something else, something shiny and more?

Rob and I have always said we just want “enough.” Enough to pay our bills, take care of the kids and some money left over to have some fun. On our quest for a new job and new adventures, Rob and I were offered two jobs and were waiting to hear about a third. Out of the two that were offered, one job was slightly less than “enough,” but good enough.   The other one was exactly what we asked for in the realm of “enough,” and I do mean EXACTLY. The third, we are still waiting to hear from but are on our fourth interview, so the outlook is promising. This third job is shiny, glitzy and more than “enough,” DOUBLE in fact.

The question is, do you take the job that is exactly what you ask for and not get distracted by the shiny or do you go after the shiny and hope you haven’t made a mistake. How do you know when enough is enough? My mother was visiting us for a few days this week and said: “you are in the Lord’s waiting room.”   All I know is I’m in somebody’s waiting room, and I’m not happy about it.   It makes me think about things like the definition of “enough” and gifts and higher powers giving you exactly what you ask for and how not to be greedy, and it all makes my head hurt. 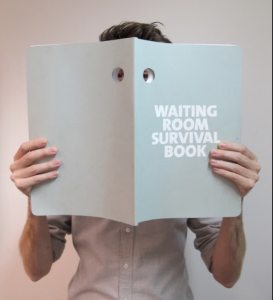 On a side note, I did learn some things during my month of being a bartender I thought I’d pass on. I don’t think you need to learn significant life-changing things from experiences; sometimes it’s just something small. So here’s what I learned from my month of bartending: 1. Never EVER get drunk in public again, bartenders are mocking you and pushing more drinks for a bigger tip. 2. When you’re drunk in public, you are annoying; people are laughing at you, not with you. 3. Be nice to anyone who serves you, they are working hard for that tip, and you’re an exhausting person. Mostly like you’re exhaustion sober, so imagine the drunk version of you. 4. You are not my only customer, look around, I’m pouring drinks for 30 other annoying people just like you, don’t waste my time complaining about the price of your Jack Daniels. 5. Don’t expect a $1,000 bottle of wine at a hotel bar. We are the Walmart of bars; we are not some swanky, hipster bar so just order a beer already so I can move on to the next person.